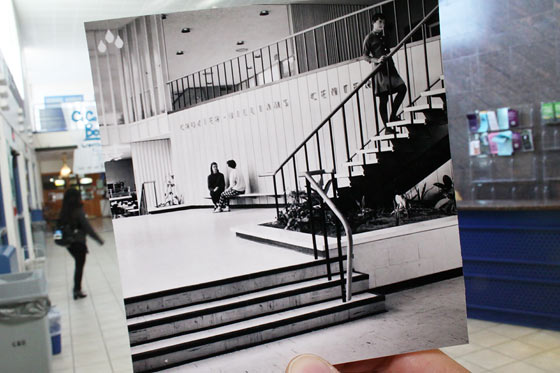 The College Center at Crozier Williams has changed since it was built in 1957, but students still come to "Cro," as it's affectionately known, for their mail, a late night snack or even yoga classes. 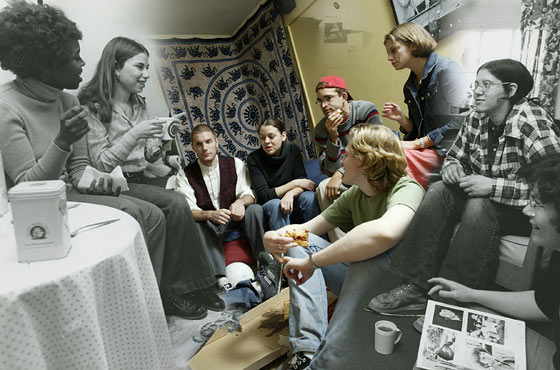 Gathering in student rooms is as popular as ever, whether it's for a cup tea or a slice of pizza. 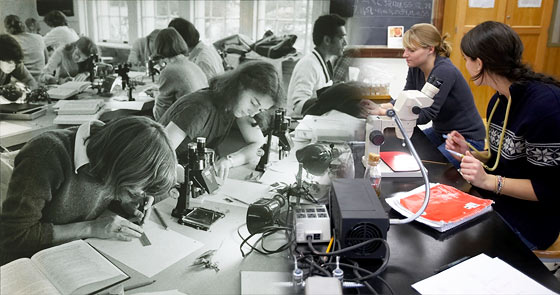 Although the equipment has changed, the spirit of scientific innovation lives on. New London Hall will undergo a $20 million renovation next year to transform the College's oldest building into a state-of-the-art science center. 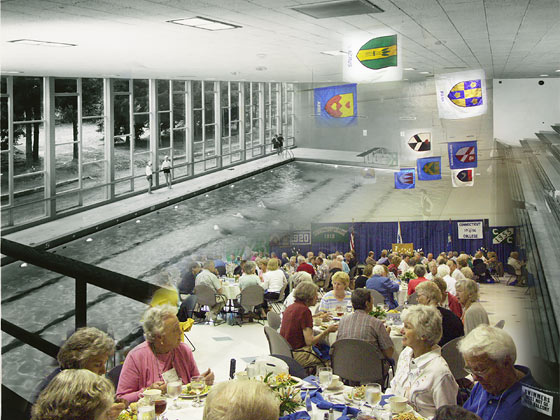 The pool in Cro first opened in 1957. In its reincarnation as the 1962 Room, you're more likely to find someone eating dip than going for a dip. 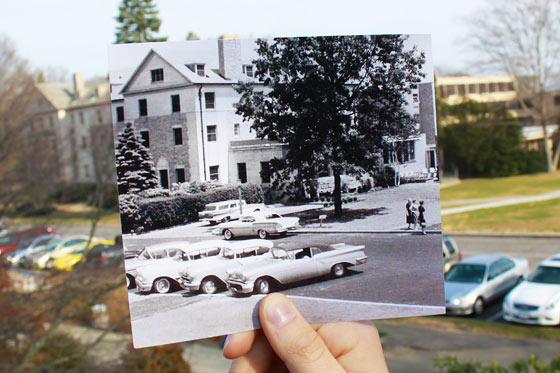 The cars have lost their fins, and Katharine Blunt House has seen plenty of change since it was built in 1946. Look at how much the tree on the left has grown!