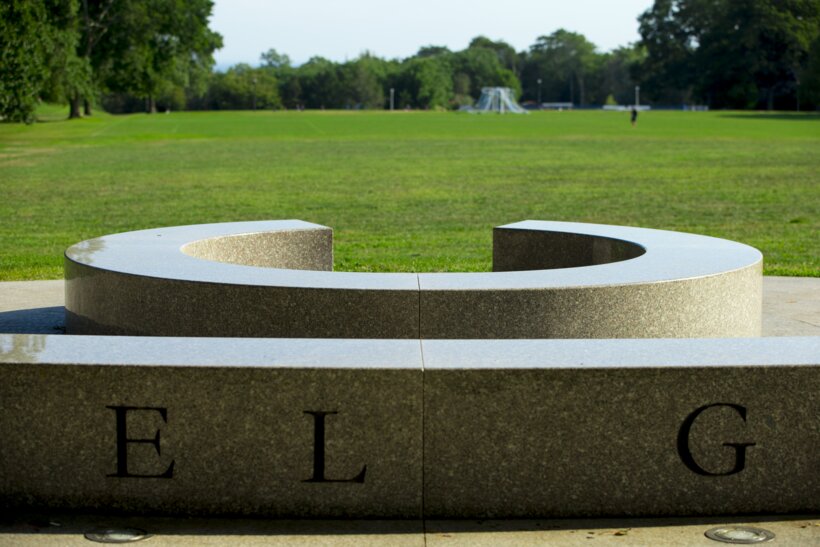 The College celebrated its 110th birthday on April 5, 2021, with the formal opening of The Dune, Conn’s new outdoor performance venue on Tempel Green. President Katherine Bergeron led the festivities and reflected on the College’s origin story. The day featured a performance by the student band Teal Darts, along with the ceremonial ringing of the bell at noon and birthday cake in Harris Refectory. Campus community members were also invited to take part in the Camels Count 48-Hour Giving Challenge. Read more about the day’s events.

The College's birthday, known as Founders Day, is celebrated on April 5, the date in 1911 on which the College’s original charter was signed by the Connecticut Secretary of State. The Connecticut State Assembly originally approved the charter on April 4 to Thames College. The name was changed a few months later to Connecticut College for Women.