Anna Vallye is a scholar of modern architecture. She is especially interested in how twentieth-century regimes of political administration and governance in Europe and America influenced the professional identities of architects and planners, their work, and the organization of the urban environment. Vallye is currently at work on a book titled Model Territories: German Architects and the Shaping of America’s Welfare State, about the American careers of émigré architects Walter Gropius, Martin Wagner, and Ludwig Hilberseimer, and their contributions to urban planning.

She is the editor and co-director of Mapping Urban Renewal in New London, 1941-1975, a collaborative student-faculty-staff digital public history project that explores urban renewal and highway construction in New London, CT through archival documentation, interactive mapping, and resident recollections.

In 2021, she is a NOMIS Fellow at eikones—Center for the Theory and History of the Image, University of Basel, Switzerland.

Vallye has a notable background in curatorial practice. She curated Léger: Modern Art and the Metropolis (Philadelphia Museum of Art and Museo Correr, Venice, 2013-2014), the catalogue for which was awarded the 2014 Dedalus Foundation prize for its scholarship of modernism. She has worked at the Solomon R. Guggenheim Museum in New York, and as an intern, at the Metropolitan Museum of Art. She was the recipient of the Junior Fellowship in the Mellon Humanities, Urbanism and Design Initiative at the University of Pennsylvania; the Postdoctoral Research Fellowship at Washington University in St.Louis; and the Andrew W. Mellon Postdoctoral Curatorial Fellowship at the Philadelphia Museum of Art.

Like her scholarship, Vallye’s courses locate architectural history in a broad social and intellectual context, linking it to multiple fields of study. She encourages students to explore how the built environment influences social life in all its cultural, political, and economic dimensions. At Conn, she is a faculty fellow of The Ammerman Center for Art and Technology and affiliated faculty in the American Studies Program.

ARC/AHI 225: Between Art & Industry: The Bauhaus School of Design

ARC/AHI 375: The Architectural Imaginary: Encounters Between Art and Architecture

“From Siedlung to Township: The Martin Wagner-Walter Gropius Collaboration at Harvard, the 1940s.” In Dust & Data: Bauhaus Trajectories in 100 Years of Modernism, edited by Ines Weizman, 480-494. Leipzig: Spectorbooks, 2019.

Review of Pierre Chareau: Modern Architecture and Design, Exhibition at the Jewish Museum, NYC. In JSAH: Journal of the Society of Architectural Historians 76 (September 2017): 405-407.

Major or minor in art history.

Major or minor in architectural studies. 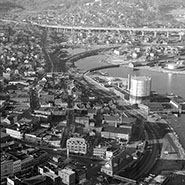 Researchers explore the impact of redevelopment on Conn’s host city 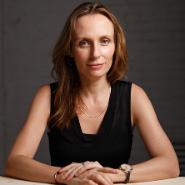 Assistant Professor of Art History and Architectural Studies Anna Vallye has been awarded a NOMIS Fellowship at eikones—Center for the Theory and History of the Image at the University of Basel in Basel, Switzerland. 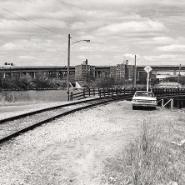 History That Does Not Exist

A research team is exploring the impact of redevelopment on Conn’s host city.