Studying away in Vienna was my first experience living in a big city. Although it’s among the world’s most livable cities, I often found getting out of Vienna satisfying and part of what makes it livable. I chose to study away at IES Abroad’s Vienna Center in part because of the great musical and cultural offerings, but also for a personal reason: I am half-German and grew up in a bilingual German-English speaking household. My family regularly vacations in Bavaria and Austria with the German-side of my family. Given my familiarity with German-speaking areas, I wanted to make my travel experience more than the stereotypical city-hopping on budget airline flights every weekend. On days off I would take a train an hour or two outside the city just to explore a new town.

What I discovered about traveling to less touristy areas is that you get a much more personal experience while still seeing attractions similar to what you’d find in the more famous cities of Europe. I may not have braved the lines to visit the Paris catacombs, but I still went into the maze of medieval tunnels under the Czech town of Znojmo. I’m also now convinced that Sopron, a well-preserved Baroque city located 40 miles south of Vienna in Hungary, is a hidden gem. I developed a comprehensive collection of the various sights you can see in Europe just by visiting the most notable locations in each place I went to.

One of my favorite overnight trips from Vienna was a trip into Romania. I booked it rather late, so I decided to travel cheaply via overnight ground transportation rather than flying. The initial leg from Vienna to Bucharest by bus lasted 19 hours! Fortunately, the overnight bus to Romania that I connected to in Budapest had only about 10 passengers, so I was able to stretch out and, once the sun rose, enjoy views of the beautiful Transylvanian mountains.

The bus reached Bucharest’s western bus station around noon, and after exchanging money I caught the metro to Pia?a Unirii, the city’s center. After visiting the headquarters of the Romanian Orthodox Patriarch, I walked to the parliament building where there was a food festival. I ended up spending the afternoon sampling from various Bucharest food trucks and listening to a Romanian singer performing standards from the Great American Songbook. Not bad for having just gotten off a long bus ride.

I feel like it was easier to meet people traveling by ground rather than by air. Traveling back to Vienna by train presented a surprising challenge for me as the sleeping car attendant and three of the other five people in my compartment did not speak German, but fortunately the woman sitting next to me translated. We later struck up a conversation. It turned out she was an Austria-based Romanian historian who had been visiting her family in Transylvania. We discussed our academic goals and how slow rail travel is in both of our nations. Conversation made the long journey home to Vienna go by faster.

Now that I’m back in the United States I feel like I have a better understanding of how to immerse myself in new and unfamiliar cultures. I’m a strong believer in avoiding travel that’s focused on major sites if possible. I feel I better experience the culture by seeing and hearing what every part of the settled world has to show rather than just the well-visited parts. 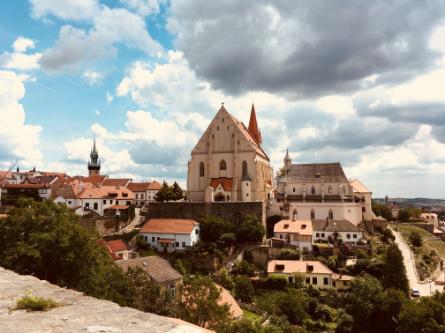 Caption: Unfortunately I did not go into this cathedral (and if you look closely at the terrace you’ll understand why!) - Znojmo, Czech Republic 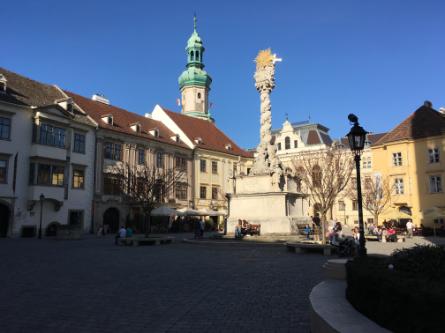 Caption: The town square with a view of the Fire Tower and Plague Memorial - Sopron, Hungary 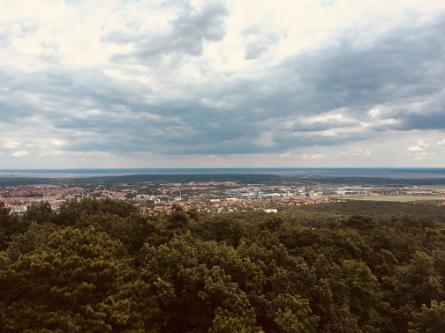 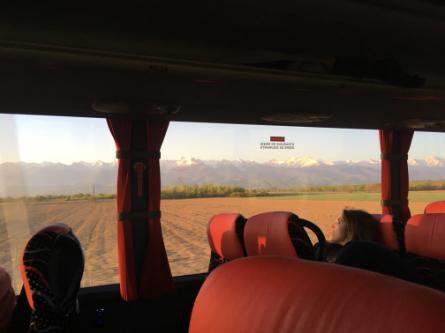 Caption: Morning in Transylvania just after waking up on the bus - Sibiu County, Romania 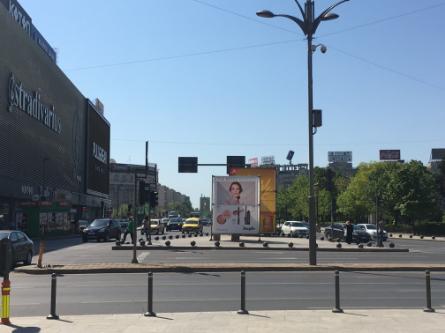 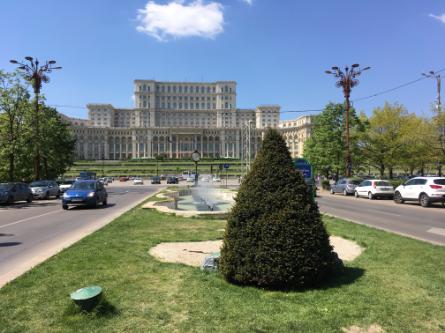 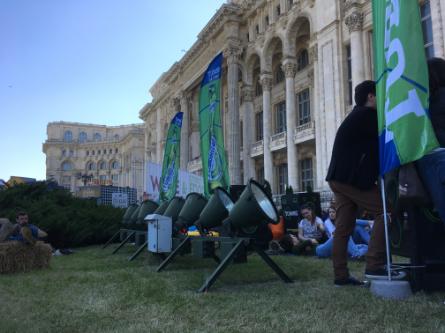 Caption: Waiting 20 minutes for another train to pass in the other direction - Brasov or Sibiu County, Romania

The Experience, International
Back to all Articles